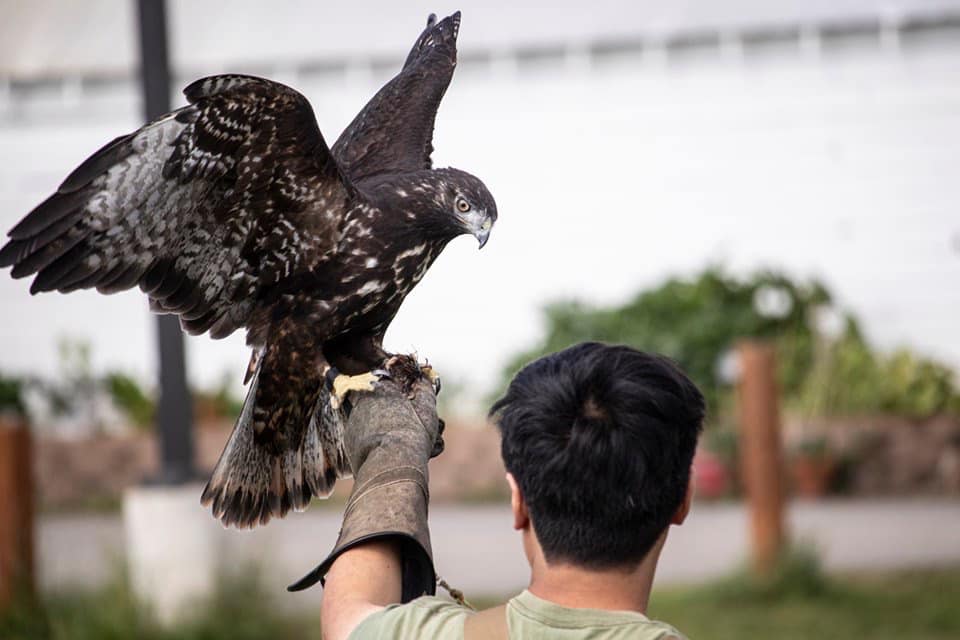 Nobody can truly say when the first ‘falconer’ came to be; developing the idea of harnessing a bird of prey’s natural beauty and power for their own purpose.  From what history has unfolded, falconry may have manifested itself sometime during 1300 BC in the plains of Central Asia. For much of human history, this ‘sport of kings’ was a symbol and key emblem of social standing, wealth, and power. Although, falconry is practiced on a much smaller scale today, it still holds reverence to some of its major premises – the training a birds of prey to hunt for quarry within their natural habitat.

A major component of falconry is its involvement with wildlife and environmental conservation.  One great story involves our beloved, Peregrine Falcons.  The Peregrine crisis began in the 1940s, when DDT, a modern synthetic insecticide was used liberally to combat malaria, typhus, and other insect-borne diseases.  Almost 10 years later the population of Peregrines started to decline into a critical momentum – DDT was the main culprit. Falconers worked tirelessly with biologists to ban DDT and to reintroduce ‘the world’s fastest animal’ back into the wilds of North America. Today this successful story can be seen on almost every bluff hugging the Tanana River.

A few other conservation stories include the release and monitoring the Aplomado Falcon, the California Condor, the Harpy Eagle, the Madagascar Fish Eagle, the Mauritius Kestrel, the Orange-Breasted falcon, and the Prairie Falcon.

Today, if you wish to witness this ancient art, lifestyle, and conservation effort for yourself –  head over to the Creamers Field Migratory Waterfowl Refuge to engage in one of the best bird watching opportunities possible and say hi to your local falconers. Who knows, maybe you will be invited to join in the hunt!